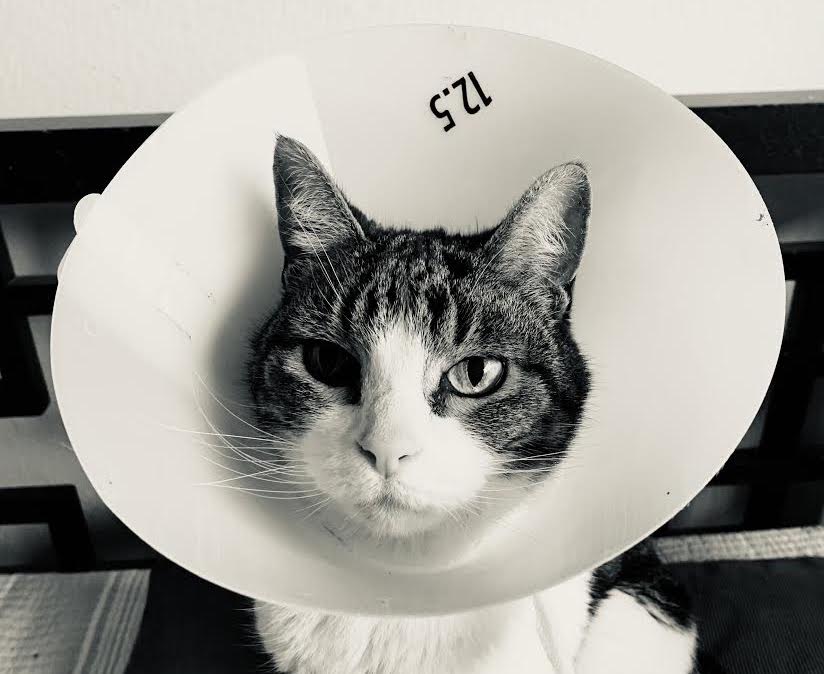 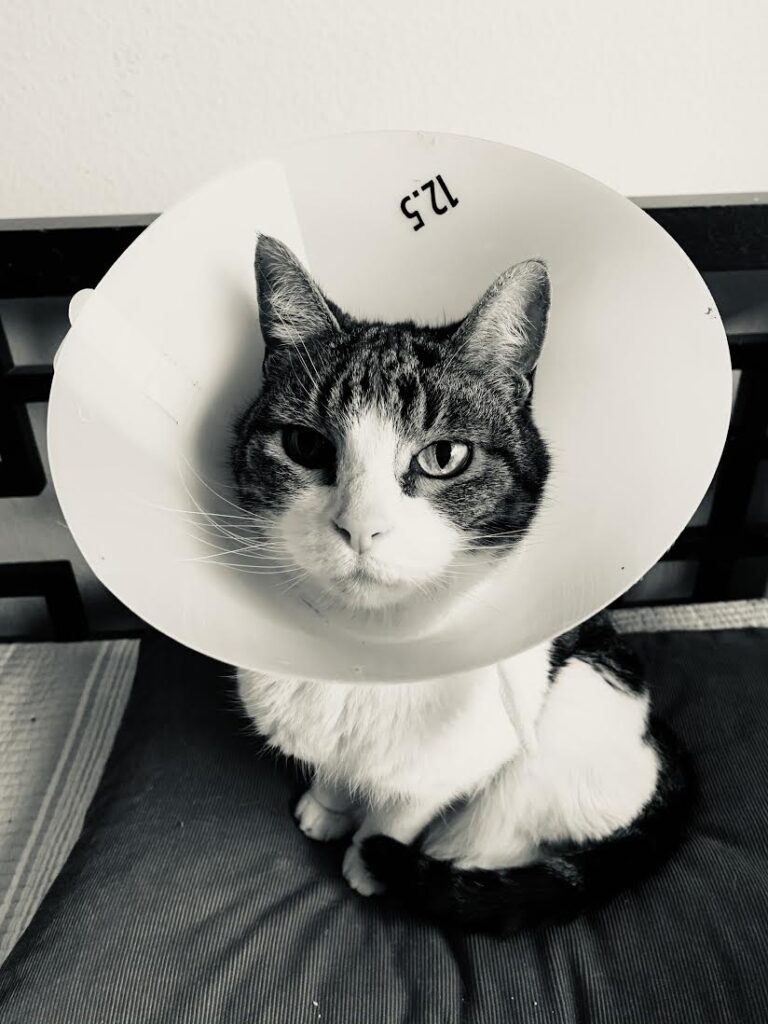 Cynthia is worriedly pacing the apartment as Tabby Cat Scooter recovers in the office from the sudden onset of a bizarre, inexplicable, and violent rash.

Darth Vet -er has doomed Tabby Cat Scooter to the dreaded “Cone.” Both cat and hooman are glum. 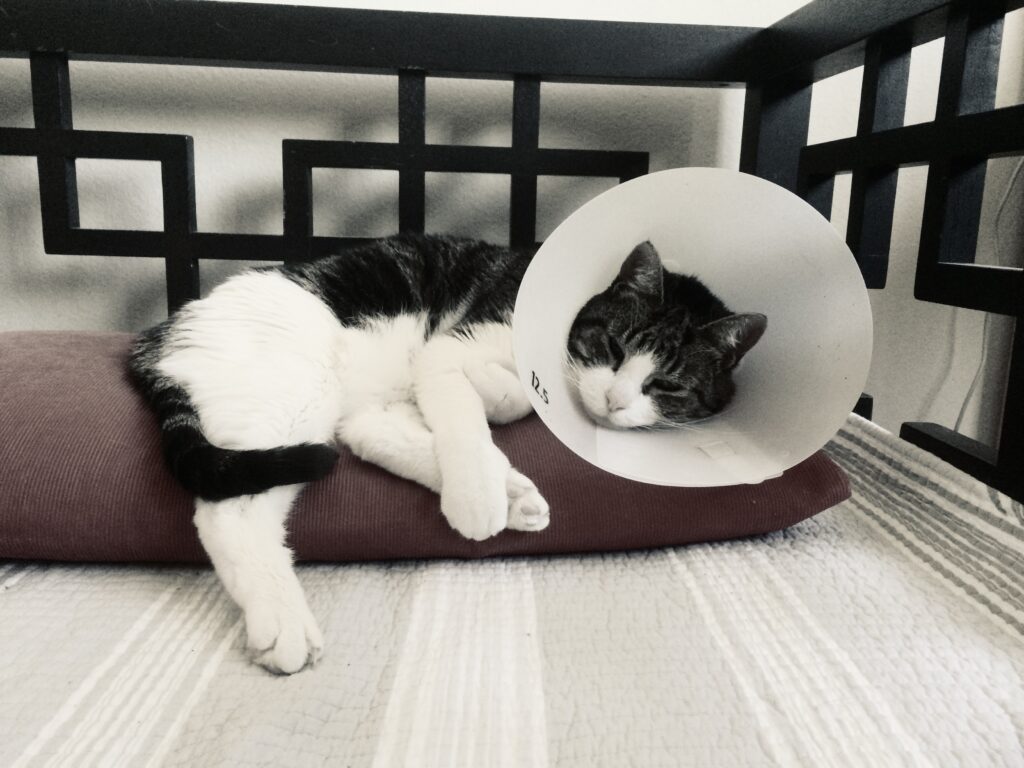 Just then, Cynthia side eyes Marcy stretching out, luxuriating in a sunspot she has all to herself.

Cynthia:  Marcy, did you by any chance … I don’t know … injure Scooter somehow?

Marcy:  Don’t believe everything you hear.

Marcy (quickly):  Those are rumors.

Cynthia: Ok but I’m not really hearing any –

Marcy (cutting her off):  Fake news.

Cynthia starts to walk away but hesitates and turns back.

Cynthia:  It’s just that you’ve been strutting around like Queen of the Apartment ever since Scooter has been confined to his cone and the office. I mean, you’re kind of … glowing?

Marcy:  Can’t a kitty enjoy some peace and quiet and a sunspot without being accused of attempted murder in the first degree? Geesh.

A beat as Cynthia resumes her worried pacing.

Marcy:  By the way, have you considered his raging rash might be a food allergy?

Cynthia:  No. Darth Vet- er thinks he’s got an abscess or he got bit by a flea or –

Marcy:  We don’t have fleas.

Marcy:  But what? We don’t have fleas.

Cynthia (throwing up her arms in exasperation):  But it can’t be a food allergy. Scooter’s been eating the same food for months.

Marcy:  So you’re saying Scooter hasn’t been chowing down on that big bag of inexpensive cat food you bought to feed the ferals? 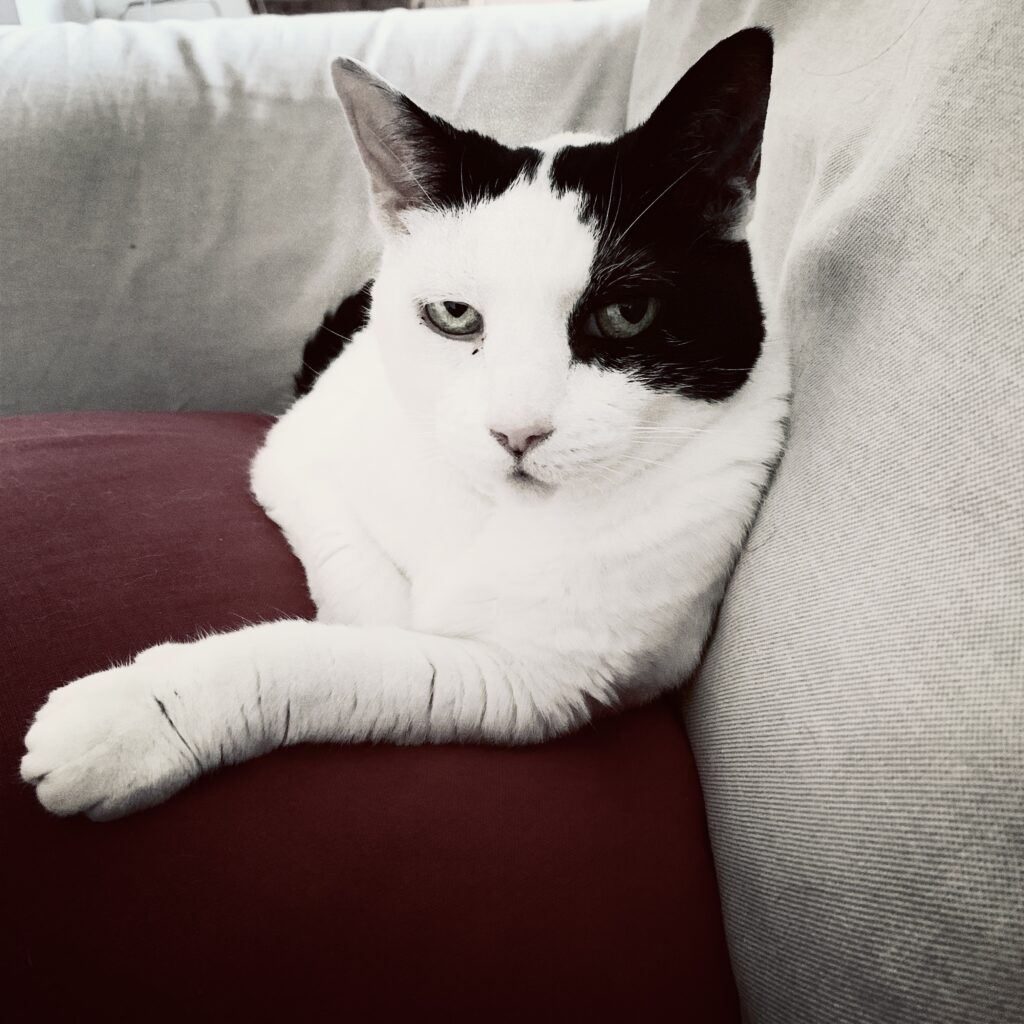 Marcy stretches out in her solo sunspot. 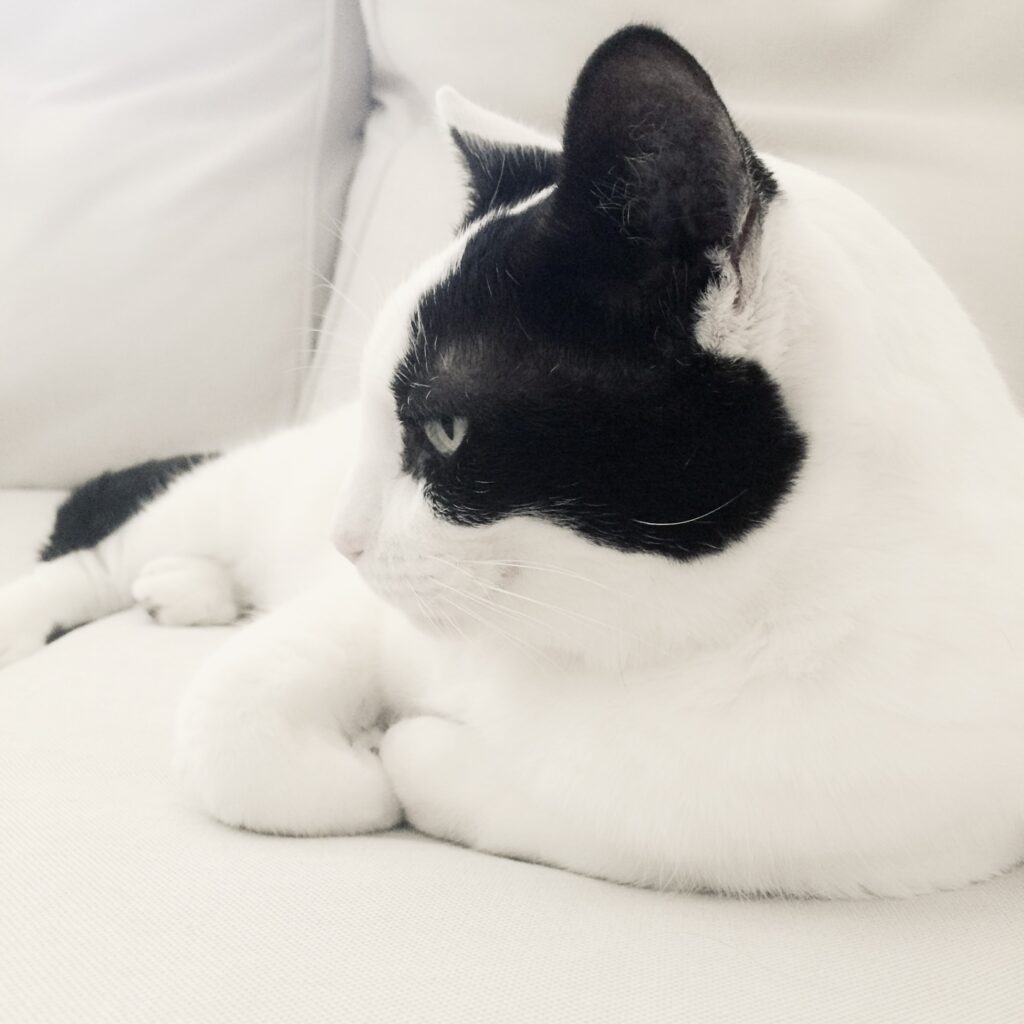 But, she can’t get comfortable. She frets and turns and keeps glancing at the closed office door.

Sighing, Marcy gets up and slips a note under the door.

Our Hooman can’t handle it.

And sunspots aren’t the same without you.

*Scooter is doing better, but we still don’t know what caused his rash.

I wish cats could talk.

(Marcy:  Are you sure about that?) 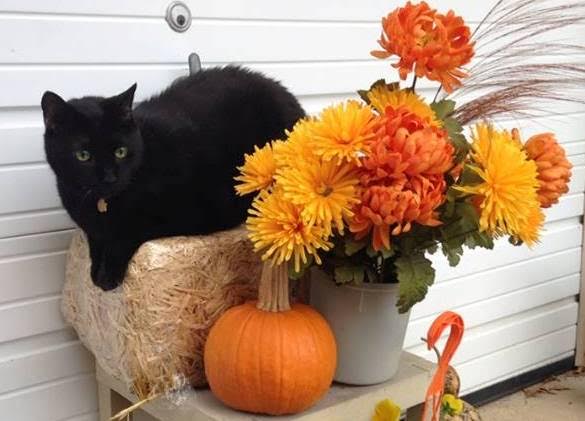 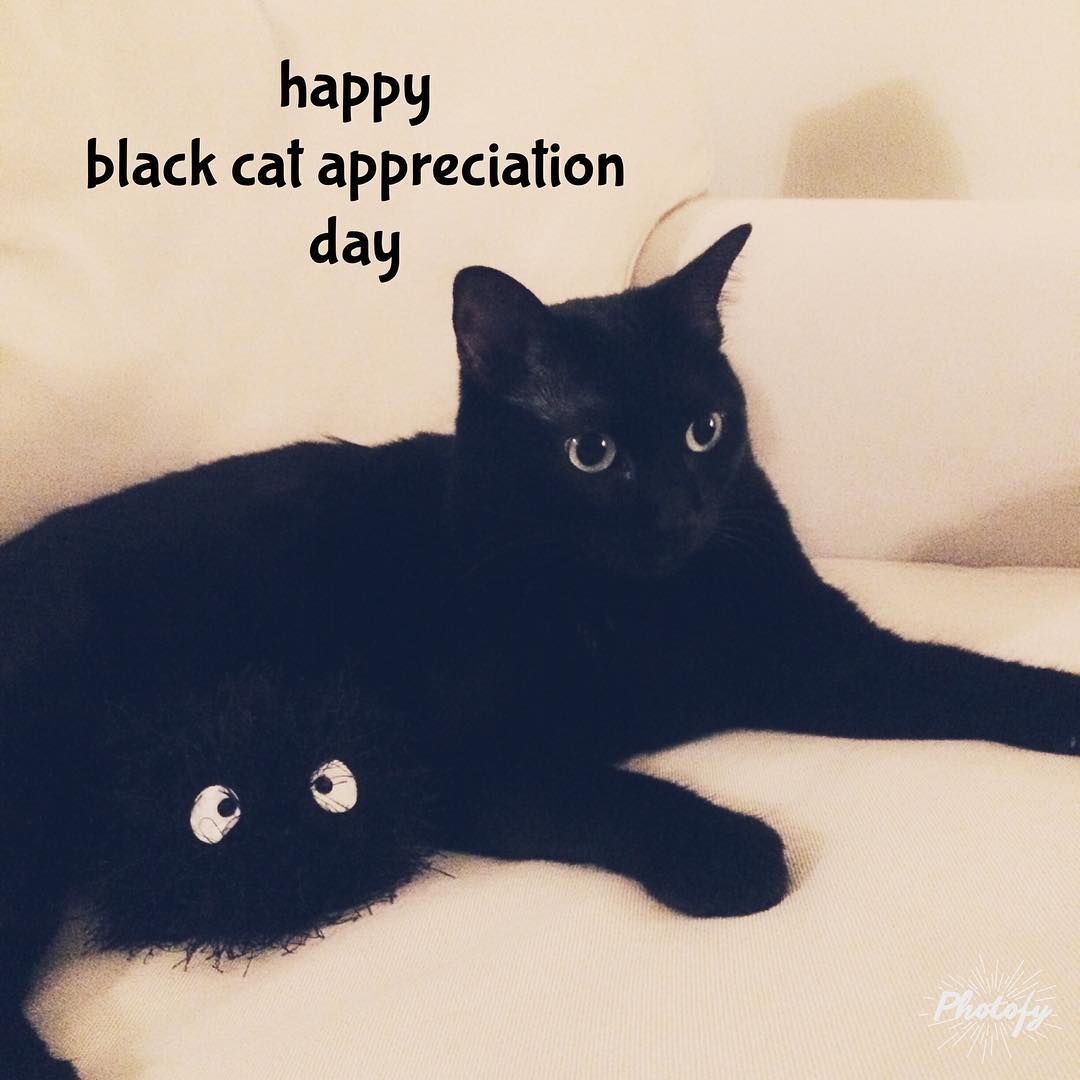