A Cat In The Hat Rescue Story, or cappy and his juliet

Cynthia:  Actually, this is a kind of Horatio Alger rags to riches story. Cappy was an older kitten living with his colony on the mean streets of Los Angeles back in 2008.

Cynthia:  I worked with The Kris Kelly Foundation to TNR (trap/neuter/release) the colony. We found homes for five of the littlest kittens but the teenage kittens (the ones pictured) were really too feral to find homes for. Except Cappy. Kind of.

Cynthia:  He was very scared but curious.

Cynthia:  In this case, curiosity saved Cappy. He would linger a little longer after he ate to see what I was up to. Eventually, he started brushing up against my legs. And that was when I knew I had to at least try to find him a home.

Marcy:  Who wants a semi feral cat? No one.

Cynthia:  That’s what I thought. No one. I put out a plea on Facebook anyway, and lo an behold, my friend Heather asked to meet him. She fell in love, took him home, and spent a tremendous amount of time taming him. She also spent a lot of money on vet bills since Cappy had health problems I wasn’t even aware of…

Marcy (admiringly):  I bet he was bad. Feral cats are so bad. Just like the Cat In The Hat. He’s such a bad kitty.

Cynthia:  Yes. It was quite challenging. Taming a semi-feral cat is not for the faint of heart. But Heather and her husband, David, are extraordinary people. And now look at him!

Cynthia:  Instead of living on the streets, he is living in house with people who love him and take wonderful care of him. Plus, he has a new friend – Juliet – a cat lover and future cat advocate. I mean, did you take a close look at her sneakers?!!

Marcy:  That Cat in the Hat is so bad. He’s transforming little kids into bad kitties. He’s my hero. He’s so bad.

*It is very easy to get depressed and feel hopeless as an animal rescuer. The problem is so immense. Someone compared it once to trying to empty the ocean with a teaspoon. So when a cat I have rescued has such a happy ending as Cappy and his Juliet, it makes me so incredibly happy. 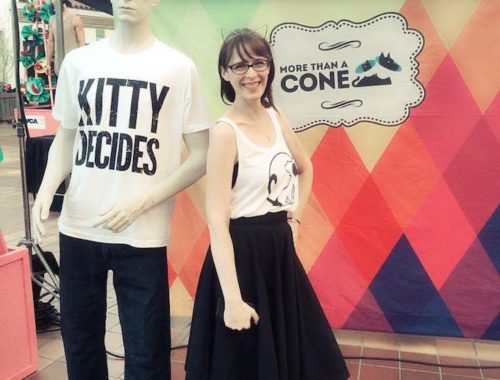 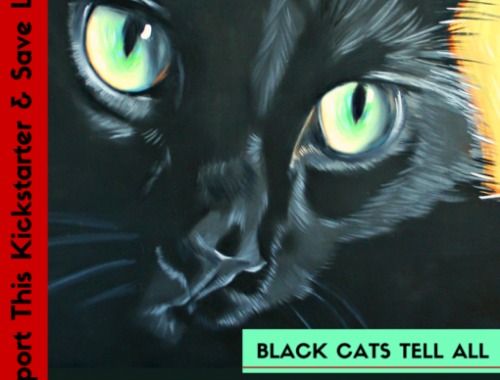 Black Cats Tell All | A KickStarter Campaign We Love 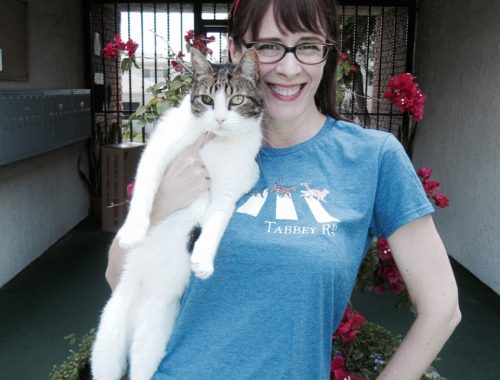