Styling The (Not) Wives Of Pancho Villa: Linda Landeros as Fernanda and Isadora O’Boto as Senora Torres

Cynthia: Here we are at Part Four of Styling The Wives of Pancho Villa, featuring the hilarious comedy duo of Isadora O’Boto as Senora Torres…

Cynthia: … and Linda Landeros as her daughter, Fernanda.

Marcy:  Get it straight. Senora Torres and Fernanda are NOT wives of Pancho Villa.

Cynthia:  Righto. That’s Juanita’s (Pancho’s 2nd wife) mom and sister who are in big trouble for trying to steal Pancho’s money. In the play, Pancho has them held prisoners and they have no idea if the socio-path, Rodolfo Fierro, will kill them or not.

They spend the whole time tied up and bickering. It is some of the funniest theatre I have ever seen.

Marcy:  Fernanda is so bad and beautiful and bossy. I want to be just like her.

Cynthia:  If you mean spoiled, bratty, dramatic, and a thief, then you ARE like her.

Cynthia:  Fernanda is played by the awesomely funny Linda Landeros. Linda is an actor/comedienne/writer.

Cynthia:  We put her in a –
Green skirt (thrifted) to match the green of her mother’s dress.
Black blouse (Linda’s own) to go with Fernanda’s scheming, criminal character.
Pink flowers (Claire’s Boutique) to tie her in with the rest of the actresses.

Cynthia:  I found this green dress in a thrift shop for $12 and fell in love with it. I thought it was perfect for a telenovela senora from 1914. Don’t let these pictures of a sophisticated senora fool you though. Senora Torres is pretty much a hapless dingbat, played to perfection by Isadora!

Marcy:  I’m going to go off with Fernanda and we’re going to steal all of Pancho Villa’s money and run away to a big house in El Paso. And be famous and pretentious and spoiled. Yeah.


*Check out  Part One, Part Two, and Part Three of our series about costuming the play, Telenovela Wive of Pancho Villa.

In Love With Lavendel 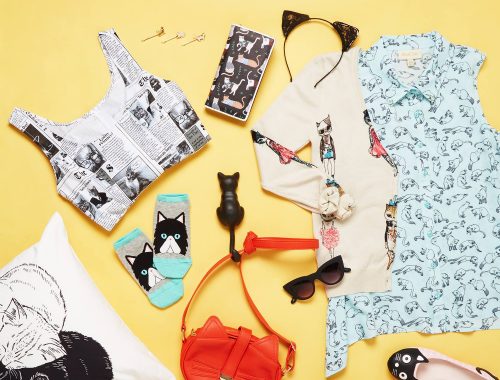