Fashion, Marcy To The Rescue

Cynthia:  The photo above is artist Langley Fox wearing her own designed tee for Wren called “Kitty Stardust”. It’s $65 and 100% of the proceeds go to NKLA – No Kill Los Angeles Animal Shelters.

It’s so exciting that Los Angeles is poised to become the largest “No Kill” city by the year 2017.

Marcy:  Who are they not killing?

Marcy (horrified):  Why would they kill adoptable cats and dogs?

Cynthia:  Because so many thousands of unwanted animals go into the shelters that they have no room for them. I thought you knew that.

Cynthia:  But it’s getting better!

Years and years of hard work by nonprofit rescue groups (big and little) as well as individuals, and the shelters themselves, are finally paying off. It is so incredibly encouraging.

One of these big organizations is Best Friends Animal Society which is a huge proponent of the NKLA movement. They contribute through grants, advertising, staff, and even set up a gorgeous new adoption facility just a few blocks from my apartment. In fact, there is a rumor that because of their proximity to the West LA Shelter, the West La Shelter is already a No Kill facility. They are a force I tell ya.

Best Friends is also actively involved in TNR (trap/neuter/return). They work with FixNation in sterilizing feral cats. FixNation has sterilized over 100,000 community cats since they opened in 2007. To be able to use these resources as a trapper has been such a relief.

Cynthia:  Because it now feels hopeful out there. It really feels like there’s a way out of this horrible mess. And when you reach out for assistance or guidance… it’s actually there.

Cynthia:  Plus, as you can see from the Langley Fox/Wren collaboration, it is now super stylish to be an animal advocate.

Marcy and Cynthia:  Cheers to NKLA for providing resources and hope. And to Langley Fox and Wren for furthering the cause with fabulous feline fashion. 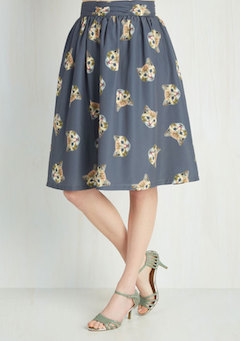