Cynthia enters the living room to find Marcy thoughtfully chewing on her toenails in a sunspot.

Cynthia:  Boogie on down.

Marcy:  I don’t think it’s cool that there are a gang of boogers on her dress. Even if they are shiny.

Cynthia starts to say something – realizes it’s a fruitless endeavor – and grooves off singing disco songs.

Cynthia (snapping her fingers):  “Freak Out”. “Say Chic…something something… say… awww… Freak Out”.

Marcy (calling after her):  Yeah, that’s kind of gross. I’d freak out too.

Marcy resumes chewing on her toenails. 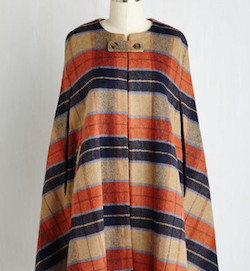 All Of A Sudden I Need… A Nancy Drew Cape!

J’aime Shoes And A Kitten