Cynthia: One of the highlights of the Los Angeles Feline Film Festival this past September was meeting the sweet silly super Steve Gadlin of I Want To Draw A Cat For You fame.

Marcy (snickering):  Are you two related?

Marcy:  Are you sure?

Marcy:  Uh yeah. So did you actually look at that photo?!  You look like twins. Or did everybody at that crazy cat festival wear cat shirts, glasses, and cat ears?

Marcy (disgusted):  Sigh. Forget it. Hey! Did you get my drawing?

Cynthia:  Yes! I spent about a minute telling Steve about you and then in about 2 minutes he drew this –

Cynthia:  Steve was one of the most successful contestants on Shark Tank last year. He convinced Mark Cuban to give him $25,000 to expand his already successful cat drawing business. And this year he started filming Steve Gadlin’s Star Makers, a Chicago based talent show.

Steve Gadlin is one of those entrepreneurs you really root for. He’s kind, quirky, enthusiastic, and just…  goes for it. I mean, not many people could make a lucrative business out of drawing stick figure cats.

Cynthia:  Oooohhhhh… if he’s at CatCon LA this June, I’m totally going to get a Penelope Kitten drawing too.

Marcy:  Or you could order one off of his website. Duh.

Cynthia:  Well, looks like he is taking a break from drawing cats, so we’ll sing his cat song instead.

Sing it with me kitties!

Cynthia and Penelope Kitten dance around and sing.

Cynthia:  Where are you going, Marcy?

Marcy secretly logs onto the computer and furtively fills out an application to be on Steve Gadlin’s Star Makers.  She hits “send”. 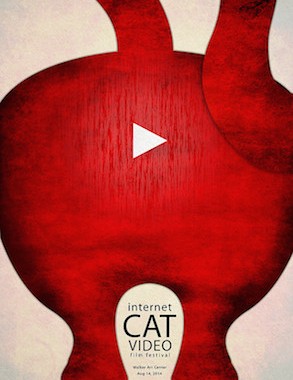