Marcy grabs an acceptance speech she’s been working on from under the cat scratcher.

A few minutes pass as Marcy coughs up a hairball in preparation for her speech.

Marcy:  What? My time’s already up? Hairballs shouldn’t count as part of the time limit.

Cynthia:  No. It’s just… well … it’s not you who is famous. It’s this orange tabby named Diego.

Cynthia:  Yes. He rose to supercat stardom and fashionista favorite quite quickly, in fact. You can check out his Instagram modelling pics at WhatDiegoWore. His owner, Michele Jaret is his agent, photographer, and publicist.

Marcy:  Cindy, you’re my agent and photographer and publicist. Where’s my aCATemy award? Where’s my fashion spread in Vogue?  Why am I not on the cover of People? I’m taking back your 10 percent agent fee.

Cynthia:  Ten percent of what? You haven’t made any money yet!

Cynthia:  Well, maybe if you stopped being a diva and let me photograph you instead of running away every time I take out the camera to shoot you, maybe we’d be further along?

Marcy (dramatically):  See?! You want to shoot me.

Cynthia:  That’s an expression! It means to photograph you!

Marcy (even more dramatically):  Photographs steal the soul! So now you want to shoot me AND steal my soul?

Cynthia:  You are driving me crazy!!

Marcy:  Seriously though. My John Travolta name is Monty Cunningwham. 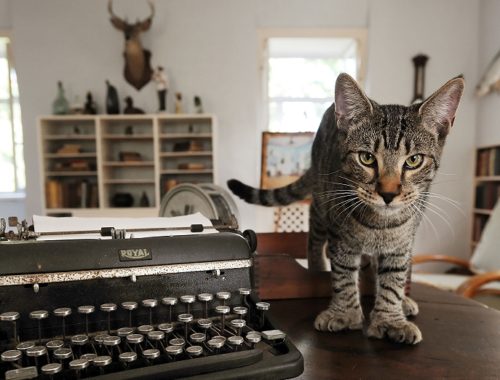 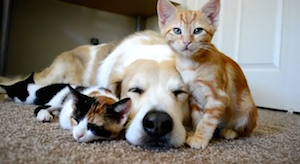