Marcy’s Verdict On The Smug Judges Of Project Runway

Cynthia throws her hands up in the air. Marcy swishes her tail.

Cynthia:  Again. It happened again. Why do I bother? Why? Here is the dress that should have won.

Cynthia:  The challenge was to create a makeover look for a Project Runway Super Fan. Designer Justin had a few challenges.

1) His model is Mormon so the dress needed to be modest and cover most of her body.
2) She had recently lost a lot of weight so Justin had to create special undergarments.
3) She is (gasp) bigger than the dress form which unnervingly seemed to be a big deal for some of the designers.

Marcy:  So most of them only design for dress forms and girls with coat hanger bodies? That is unnerving.

Cynthia:  But not for Justin. He created that beautiful dress above that is sexy, flirty, and even skews young. And, he added a very thoughtful element. That white embroidery is actually his model’s signature. Just precious. What a sweetie.

Marcy:  It makes me want to give Justin a big kitty smooch.

Cynthia: This is the dress that won.

Cynthia:  Yes, it’s a beautiful Oscar worthy dress but it’s not very special. Also, Designer Helen’s challenge was not as difficult as Justin’s since her model was model-tall and model-skinny. She was able to stay within her comfort zone.

And these were the Smug Judges this week.

Cynthia:  Cheers to talented designers like Justin for sticking to their (Tim) guns and creating beautiful clothes for the rest of us – the real people of the world.

Marcy:  Smooches and a big kitty slurp for Justin. 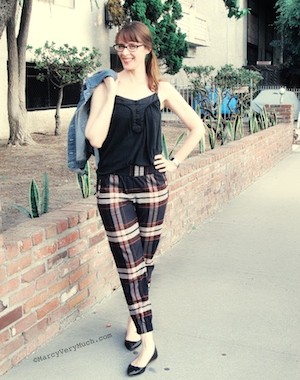 I Drive Myself Crazy 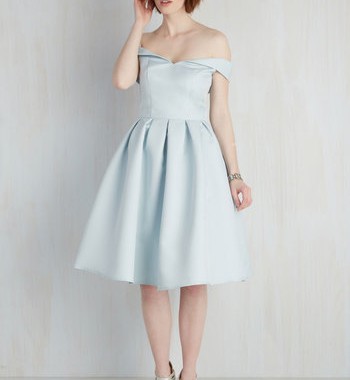